A fascinating evening with Steve Myall and his 100 Strangers talk last night;

Flickr’s 100 Strangers Project offers the opportunity to step back from club and exhibition photography constraints and stepping into spontaneity and challenge of approaching and photographing strangers.  The project requires a short write-up of each encounter and technique.  Overcoming nerves, becoming confident in ones approach, how to engage with the subject, even asking them to move to a suitable/sympathetic background is an art form of itself!  Steve certainly has the techniques off-pat and shared not only his photographs but also technical tips along the way.  There is so much scope in the project for sub-projects – men with beards, red hair, colourful hats……….No wonder Steve is into his third 100 Strangers.

Many thanks to Steve for an informative and entertaining evening and to everyone who came along.

Next week we meet in Hatch End for our final monthly Print Competition of the season which will be judged by Kevin Day.

Have a good week and stay cool (and dry!).

We celebrated the longest day of the year by meeting at the Aquadrome last night for an informal photo shoot.  Perfect weather, glorious light and some obliging subject matter!

For some it was their first visit, others are familiar with the trails, lakes and habitats, happy to act as guides.

With so many areas of interest, the lakes, nature reserves, woods, along the  River Colne or Grand Union Canal,  last night was just an introduction/’taster’ or reminder of a great  place to hone one’s camera-craft.

It was a thoroughly enjoyable and convivial evening – no one got lost or locked in the car park and everyone went home with record shots in their cameras – some of which may feature in future competitions or critique evenings.

Next week we have a Talk over Zoom:  100 Strangers by Steve Myall EFIAP BPE5*

In the meantime, enjoy your week and stay cool.

Many thanks to Micki Aston, Windsor Photographic Society,  for judging both our Monochrome and Portraits and People competitions last night.

Each print was given a thorough study and the resulting critiques were delivered sympathetically.

Congratulations to Alan Colegrave who received the Trophy for ‘Through the Tyres, Tough Guy Race”;  Ron Churchill’s ‘Lunch in Barcelona’ was second and Judy Buckley-Sharp’s ‘Ever Hopeful’ third.  Highly commended were Judy’s ‘Networking’, Judith Gimber’s ‘Glorious Mud’ and John Draper’s ‘Life on the Street’. 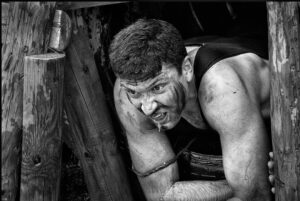 A genre close to Micki’s heart the Trophy was awarded to Mark Buckley-Sharp for ‘Sancaklar Panorama’ – many congratulations to him.  Peter Keeble’s ‘Waiting’ was second and ‘Redundant Mill’ by Judith Gimber third;  highly commended were ‘The Walkway’ and ‘Urban Development 2’ by John Draper and ‘Held at Red’ by Judy Buckley-Sharp. 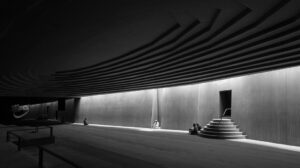 Thanks to everyone who entered the competitions and came along last night.  Special thanks to Micki Aston for her judging.

All the images may be seen on our Facebook Page.

Next week we are taking our meeting to Rickmansworth Aquadrome for an evening ‘shoot’ and wander.  Hopefully the weather will be kind and the light will be delicious!

In the meantime stay safe and in the shade!

Find us on Social Media

Jan & Feb 2022 all meetings have been switched to Zoom.  Please check the programme for details.

Please come along, your first 3 visits are free of charge!

January 2022: Programme updated – subject to alterations due to Pandemic